Way back in 2013 an Ad hoc committee formed to develop genetic genealogy standards. Those standards were released in January 2015 and are available at http://geneticgenealogystandards.com/.1 These standards are recommended by many organizations and by most speakers covering DNA topics

Those original standards primarily deal with ethical issues. The plan was to eventually add technical standards with more details on depth of testing, resolution of tests, and many other critical elements of using DNA test results to answer genealogical questions. As with so many other things, life got in the way and the additional work was never completed.

In the intervening years, we have learned a lot more about using DNA test results effectively and how varied and "random" the results can be from one family to another. Real life results do not always match the statistical average predictions. By definition, an "average" is the typical result in a data set, but that means there are real results on either side of that average. This leads to many questions. How many men need to be tested in a Y-DNA line to prove or disprove a theory? How many markers should be tested? How many markers can differ? How big should an X-DNA segment be before you spend time searching for the common ancestor who passed it down to the people living today? There is no definitive answer to these questions. Many variables will affect the answer for a specific family under investigation although there are some general guidelines to consider. 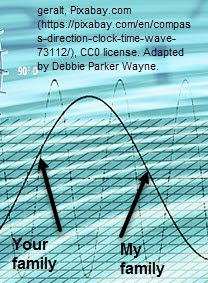 Many of us think we need defined standards for using DNA evidence to reach a genealogical conclusion even though there is no "magic number" answer to many questions. What should a thorough researcher do when incorporating DNA evidence into a genealogical conclusion? What do you look for other than the name of the same ancestor when analyzing another person's family tree? How do you document the analysis? 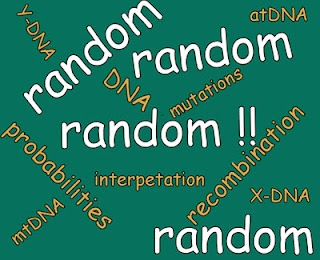 The Board for Certification of Genealogists (BCG) published The BCG Genealogical Standards Manual in 2000.7 This was reorganized, updated, and published as Genealogy Standards in 2014.8 These standards reflect best practices for the genealogical research community, not just those applying for BCG credentials. Some genealogists think these standards are all we need—that we do not need more specifics for DNA.

My colleague, Harold Henderson, CG, makes an excellent point as to why DNA standards should also be spelled out (paraphrased and used with permission): A highly competent genealogist would be able to formulate standards based only on the elements of the Genealogical Proof Standard (GPS).9 By expanding the concepts of the GPS into the Genealogy Standards, BCG saved time for us all. Each researcher can understand the fine points of performing quality documentary research without having to recreate the standards. Defined DNA Standards provide the same service for those seeking to incorporate DNA analysis.

DNA standards will help members of the general community

The BCG Genetic Genealogy Committee has drafted a set of DNA Standards that reflect the practices of some of the most experienced genealogists using DNA today. BCG is surveying the community for input on these proposed standards. Some current Genealogy Standards are modified and expanded to more clearly define the needs when using DNA. New DNA Standards address DNA testing, interpreting DNA test results, identifying shared ancestry, accessing test results, and integrating DNA and documentary evidence. These standards are focused to provide specific guidance yet broad enough to allow for differing family composition and random factors encountered with DNA.

You can participate in the survey and provide your opinion through a Google Docs survey linked from https://bcgcertification.org/proposed-dna-standards-for-public-comment/. Please leave comments by 23 July 2018 explaining your agreement or disagreement with the proposed standards. Comments will be used to modify the standards as needed before acceptance and publication. There is also a link from which you can download a PDF file with the proposed standards.

Feel free to leave comments here, but only comments submitted through the official portal above will be considered by the committee.

I have held Certified Genealogist® credentials from BCG since September 2010. I helped form the BCG Genetic Genealogy Committee to discuss DNA standards. I resigned from the committee due to personal commitments, but have continued to participate as an adviser, reviewer, and in other ways. I support the adoption of standards to be used when incorporating DNA analysis into a genealogical conclusion.

I support BCG seeking input on the proposed standards from the greater genealogical community using DNA. I see this as a positive step to ensure newly adopted standards will meet the needs of the entire research community. No matter what is adopted, updates will certainly be needed just as research methodology and documentary research standards have evolved over the decades.