I am a genealogist. I have a strong compulsion to know my ancestors. I have given up most other activities to follow this compulsion for years now, giving up even more after becoming obsessed with genetic genealogy. So, I can empathize with someone whose brick wall is with their parents or grandparents, whereas my brick walls are deeper in my family tree.

I also recognize that I am my own person; a product of my upraising and my experiences in life. My genes were passed down by my ancestors, but not their deeds. I am not doomed because of the bad things they did. My karma isn't influenced by the good things they did. I make my own destiny. I know who my father is, but he had little to do with the person I am, having divorced Mom when I was only two-years old. I grew up in a household with no father. I grew up in a house with no grandfather; my grandmother was also divorced. I never felt that I missed anything due to the lack of men in my childhood even though this was a rare circumstance in the 1950s and 1960s. My character was strongly influenced by my mother and my other matrilineal line ancestors in the photo below. They passed on the idea that I should consider the feelings of others as well as right and wrong when making decisions. 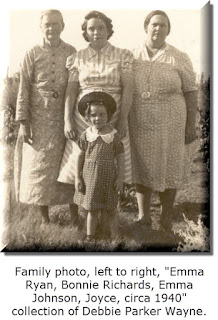 Too often today, in all areas of our lives, some have the idea that their way of looking at things is the only valid way and the way of the "truth." But there are no hard and fast rules. Ideas of right and wrong change over time, in different cultures, and with new experiences. My pre-teen and teen years encompassed enough of the 1960s for me to remember the teachings of tolerance and idealism. I may not respect all of the beliefs of others that are different from my own, but I respect their right to have those beliefs. What I can never respect is one person's right to force their beliefs on others.

I recently read Bill Griffeth's The Stranger in My Genes. He says, "If genealogy had taught me anything, it was that when our lives are stripped to the bare walls—no job, no money, no possessions—we are left with a fundamental truth that defines us, and it's family."1 After taking a DNA test for family history purposes, Griffeth discovered that the father who raised him was not his biological father. The story of his path to acceptance and understanding of this truth is a compelling one. Griffeth's brother stated what has always been a truth in my family, too: "No matter what, you're still my little brother."2 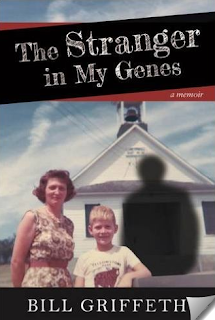 Family is so much more than a blood relationship or shared genes.
One thing that impresses me with Griffeth's story is his understanding that our ancestors are people just like us, with shortcomings and imperfections, as well as honor. As much as he wanted to know the story of his biological father, he did not press his mother when he saw she was reluctant to discuss what she saw as a mistake she had made. He had empathy for his mother's feelings.

This struck me as so different from the sentiments I often hear expressed today. While I have sympathy for any person who does not know their immediate ancestors and wants to know, I also empathize with the men who were told no one would ever know they were a sperm donor, the women who were told no one would ever know they gave their child up for adoption, or the women who had a moment of indiscretion or a great love affair that resulted in them giving birth to a child whose biological father is not the one named on the birth certificate. In an earlier time, the accepted cultural mores meant never being "outed."

Yes, things have changed today, but many of us continue to believe in the morals we were raised with (or that we may have tortured ourselves with for years as we explored new philosophies). For those on all sides of the unknown parentage triangle who look forward to contact, I am happy for them. For those who do not, I have trouble accepting that any person should be forced to confess or accept something they may have tried to forget or that may cause them pain.

Not everyone feels the need to force a meeting with biological parents. Griffeth's book describes his acceptance. Some in my own family do not know the identity of their fathers or learned the identity after becoming an adult. One family member who contributed DNA for my family study said, "I don't really care one way or the other whether I learn who my father was. I know who my family is."

Context and empathy are required when researching all types of records. Census, court records, and many others can reveal just as much as a DNA test can reveal about a family secret. Time may lessen the impact of learning of unexpected events in the lives of our ancestors. I am much more careful with twentieth-century court records that reveal children born to unmarried parents than I am of the eighteenth-century "bastardy bonds." I would never apply that terminology to events in recent decades, but it is an historical term that genealogists use without thought for events in the far past. Context. Empathy. Time.

We should be willing to accept that not everyone else believes as we do. In my opinion, forcing anyone to confront an issue he or she is not ready to handle is wrong. Consider the consequences of an action on others before forcing an issue. Good philosophies to follow include the golden rule, "do unto others as you would have them do unto you;" the silver rule, "do nothing to others you would not have done to you;" and the Navajo saying about "walking a mile in the other guy's moccasins."3 Respect.

My colleague Karen Stanbary, CG, who is also a Licensed Clinical Social Worker cautions, "most adoption stories come from a place of profound pain or shame or both for the biological mother, and sometimes the father, too. We all have our own skill sets and defenses against pain and shame. Each person is unique in how much time and support one requires to be ready to take on the risk of additional pain or shame. One size never fits all."