A recent story in the news illustrates several points I make in my genetic genealogy presentations. The story reports a scientific study that confirms genetic links between living members of the First Nations community and ancient remains in British Columbia:


A groundbreaking genetic study led by a team of U.S. and Canadian anthropologists has traced a direct DNA link between the 5,500-year-old remains of an aboriginal woman found on a British Columbia island, a second set of ancient female bones from a nearby 2,500-year-old site and — most stunningly — a living Tsimshian woman from the Metlakatla First Nation, located close to both of the prehistoric burials along B.C.’s North Coast near the city of Prince Rupert.1


It is jaw-droppingly amazing to read about scientific studies linking the DNA of someone living today with the DNA of someone who lived thousands of years ago, both in the same geographic area. I remember how excited I was to find out I shared mitochondrial DNA (mtDNA) with the Cheddar Man found in a cave in England and that my family shares Y-DNA with ancient horsemen roaming the Russian steppes. If my DNA had been matched to ancient remains on my doorstep I would still be floating on air.

Compared to the technology of only a decade ago, it is amazing for me to read about this study in my remote, rural location on a lazy Sunday morning. A quick Internet search links me to several news stories on this event as well as genetic genealogy blog posts.2

Even more amazing is that I can quickly find the paper written by the scientists doing the research.3 I can download it from the open-access, peer-reviewed journal website along with the supplemental data—all at no charge. (Every serious genetic genealogist should become familiar with PLOS—Public Library of Science—and PLOS ONE.4)

I can see exactly where and how many DNA mutations there are that separate the ancient and modern British Columbia mtDNA samples—only a handful. The scientific paper includes the GenBank assession numbers for the DNA samples referenced in the paper.5 I can access the DNA signatures and use them in my own studies. GenBank is a database storing publicly available DNA sequences:


The GenBank database is designed to provide and encourage access within the scientific community to the most up to date and comprehensive DNA sequence information. Therefore, NCBI places no restrictions on the use or distribution of the GenBank data. However, some submitters may claim patent, copyright, or other intellectual property rights in all or a portion of the data they have submitted.6 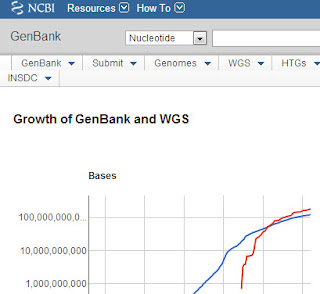 I strongly encourage anyone interested to take a DNA test for genealogical purposes. But if you want to use the test results as evidence you should understand what you can and cannot do with DNA test results. And you need to be prepared to spend time studying what the results mean. You won't receive a piece of paper with the answer to all of your genealogical questions written in plain language. You will have to learn some of the science.You will have to contact those with matching DNA and compare family trees to find a common ancestor. But that is part of the fun and there are many educational opportunities for genetic genealogists today. See posts in DNA, Education, and Speaking schedule categories on this and other genetic genealogy blogs.

Email ThisBlogThis!Share to TwitterShare to FacebookShare to Pinterest
Labels: DNA