Really scariest words: I'm from Windows Support and I'm here to help you

The golden oldies never die. At least not as long as there is one person left to fall for the scam.

I just got a phone call from "Windows Support" from a guy named "Mike" with a mild accent reminiscent of the Indian subcontinent. Mike was here to help me. His company was getting reports from my computer indicating there was a virus on the computer. He wanted to help me fix the problem. 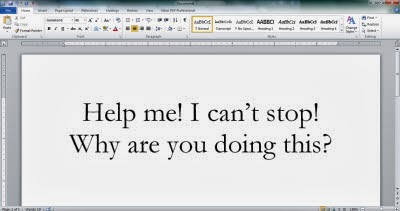 Sadly, we had a bad connection. Mike patiently called me back. It took a long time for the phone to ring again. Mike talked more, apparently following a script and talking over my questions to him. I mentioned I thought my ISP would be the most likely group to contact me if there was really a problem. I asked if he worked for "my ISP" without telling him the name of my ISP. More bad connection problems causing funny sounds on the line. Mike called me back the third time. I asked why my computer would have contacted him as I have it configured so it does not send problem reports out without asking permission first ... all of a sudden Mike could not hear me. Now, I still heard him clearly, and there were no funny sounds on the line, but all of a sudden Mike was gone again. Mike did not call back to help me fix this terrible problem he had been alerted to.

The above is written sarcastically. But if you don't know about this scam or how computers and the internet work you might believe this sincere sounding person is really calling to help.

Please, please, please, do NOT let anyone calling like this talk you into doing anything on your computer and do not give any personal or financial information. At the very least they will ask for money for the time spent helping you. Once they have your Paypal account info or credit card number you know what will happen next. And they may install software on your computer that will allow them to perform nefarious tasks that seem to have been done by you or they can wipe out all of your files or any of hundreds of other terrible things.

This is a known scam.

P.S. In the time it took to write this blog post, Mike either forgot he had already called and hung up on me or he decided to try his luck again. He called back, then hung up on me again after just a few seconds. No acting like the line was bad this time, just a fast click then silence.